Cee Lo, The Voice, and the Bloody Misfits! 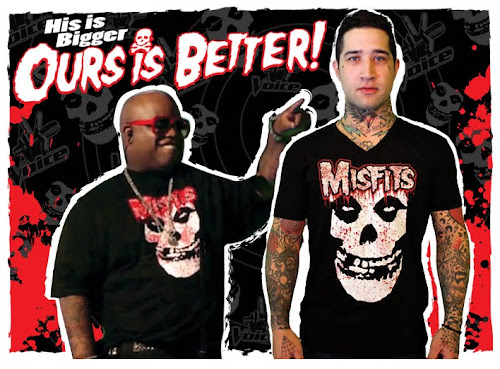 On last nights premier of new reality/singing show The Voice, vocal judge/Brak Show character/Lady Killer/singer Cee-Lo Green (made currently famous again by that F*** You song) performed and hosted the whole show wearing a blood splattered Misfits shirt.
Who knew he was such a fiend?!

We thought his looked good, but ours looks WAY better. Hit the link to check ours out, and maybe grab one for yourself (singing career not included).
0 comments
Share this article
Newer post
Older post
Back to blog