13 Facts You Didn't Know About The Man in Black 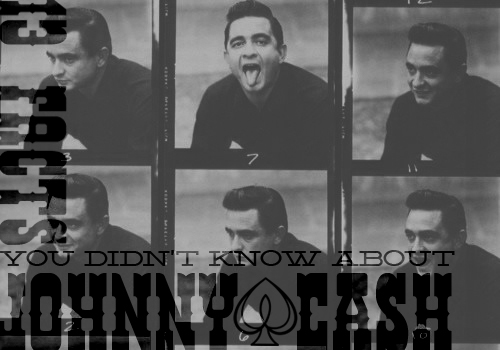 1. The Masons rejected Cash's membership application based "on moral grounds".
2. Cash learned how to hypnotize himself thanks to the help of fellow country star, Johnny Horton (hypnotizing himself helped him remember song lyrics).
3. Cash's signature all-black wardrobe was all about superstition. He considered the style good luck after he wore a black t-shirt & black jeans during his very first performance.
4. Cash became the only person ever successfully sued by the USA for starting a forest fire. After an oil leak in Cash's Dodge camper (named Jesse James) set fire to Los Padres National Wildlife Refuge, acres of trees were burned down & the majority of their endangered condor population (approx. 49) were killed off.
5. An ostrich attack left Cash with five broken ribs and internal bleeding (I think the ostrich heard about the condors).
6. His "Hello, I'm Johnny Cash" introduction debuted at Folsom State Prison.
7. During a tour in the 1950s, Cash brought 500 baby chickens to a hotel and let 100 of them loose on each floor.
8. He also flushed cherry bombs down the toilet of a hotel and blew out the plumbing.
9. Johnny Cash knew how to count. I, on the other hand, do not (and therefore, originally missed #9!).

10. Oh yeah, and he stabbed a reproduction of the Mona Lisa in a hotel because it didn't "meet his standards". Johnny Cash = Art Aficionado.
11. In the Air Force, Cash wrote stories under the name Johnny Dollar.
12. The musical inspiration for Walk the Line came from accidentally listening to Bavarian guitar music backwards.
13. In 1984, when he felt that his record label was ignoring him, he recorded an album called Chicken in Black. The lead song off the album was about Cash's brain being transplanted onto the body of a chicken. Really. I highly recommend that you click on that "Chicken in Black" link, by the way.

Now you're all set for Johnny Cash quizzo night! 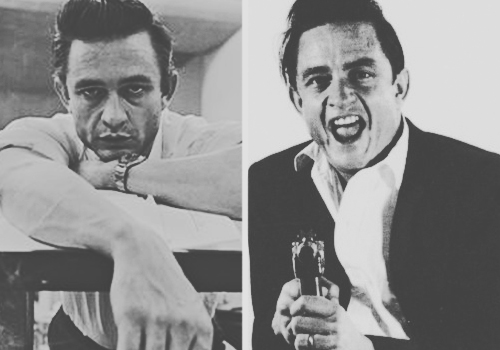 Need more Johnny Cash in your life? Here are a few of my favorite Johnny Cash items currently available at SourpussClothing.com. Click on the images to get the lowdown! 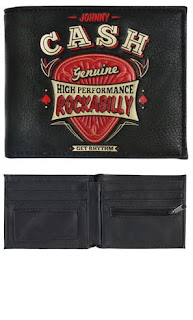